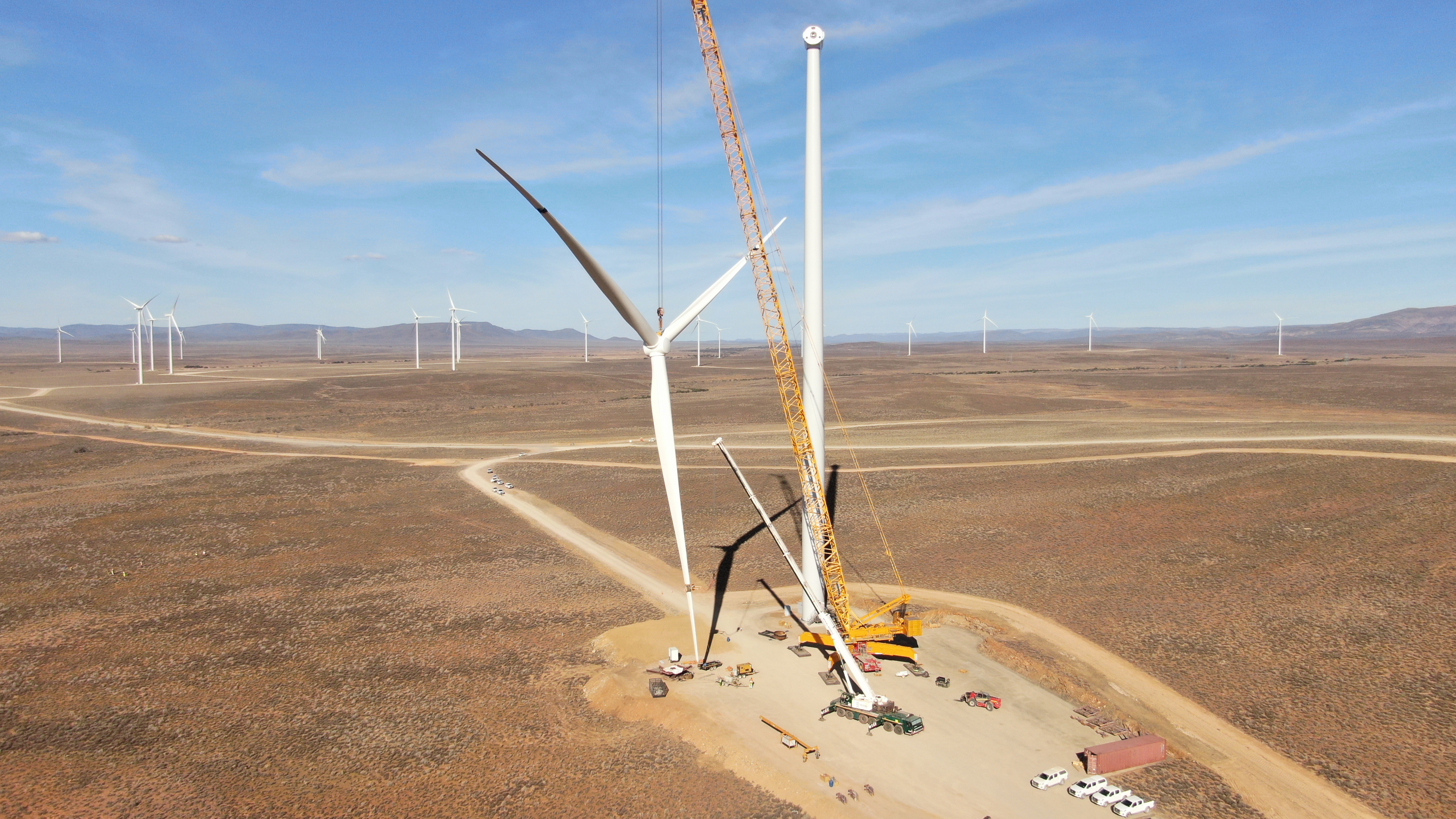 The crew worked hard to take advantage of the periods of low wind to install all the turbines, completing this operation thirteen days ahead of schedule. Glenn Hobson, Construction Project Manager for Perdekraal East Wind Farm commented that “we expected to only complete this major milestone on 6 April, so considering the current pandemic, the early completion is an unexpected blessing”.

The wind turbines stand 115m tall to allow for optimum energy production, however, when one of the blades stand vertically, the turbine’s tip height reaches 168m. The three 53.2m blades, made from fibreglass reinforced epoxy, are connected to the rotor at ground level before being lifted to the top of the turbine tower. The heaviest component is the nacelle, which contains the generator and gearbox and weighs 86 tonnes.

“I am continually impressed by the results that the Wind Turbine Generation lifting teams produce, often under difficult circumstances and within tight deadlines, requiring innovative approaches to the completion of tasks. The pride that the local teams take in their work is truly inspiring and I cannot complement their work ethic highly enough. It has been a pleasure working with this team,” concluded Hobson.

Lekela has one other project in South Africa currently under construction and a further three already in operations. Once complete, Perdekraal East Wind Farm will provide 110MW of clean energy to the grid.