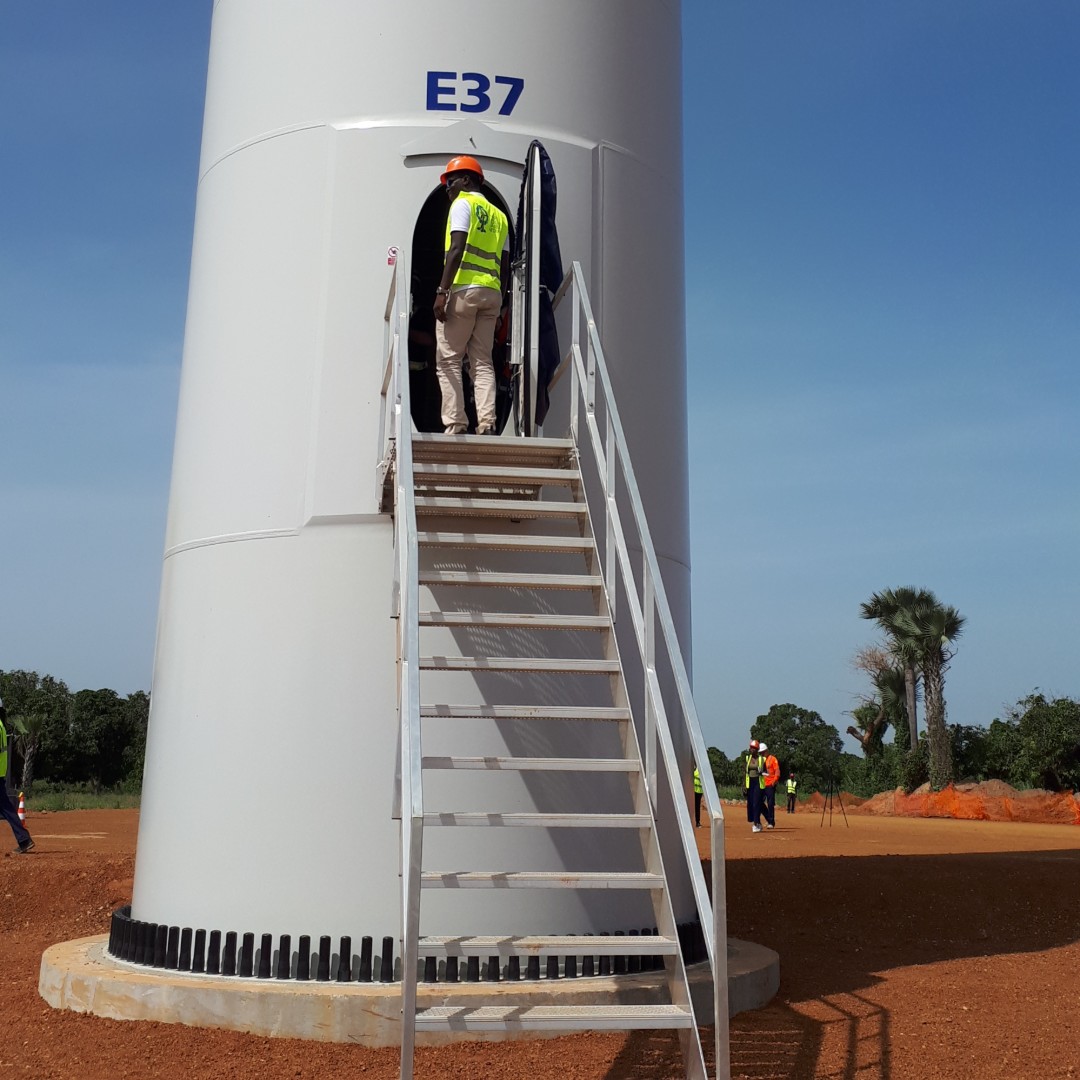 Construction for our Parc Eolien Taiba N’Diaye (PETN) wind farm in Senegal is progressing well, with the project on track to submit power to the grid later this year. Significantly, the project’s substation has now been completed and energised. The substation is a vital element of any power project and its completion marks a step towards the turbines starting to produce clean, reliable and affordable energy for the grid.

The project site has seen significant development to prepare for the wind farm’s construction, including 30 kilometres of roads to service the site being built over the last year. This is in addition to all 46 of the turbine foundations now being complete.

In July, we announced that the first of Vestas’s V126 turbines was erected, and now there are 27 turbines installed, representing more than half of the project. Each turbine, standing at 117m tall with a blade length of 61.7m, will produce 3.45 megawatts of energy.

PETN will be Senegal’s first ever utility-scale wind energy project and West Africa’s largest wind farm. Once fully constructed, it will produce 158.7MW, representing a 15% uplift to Senegal’s generation capacity and will provide energy for 2 million people.

While construction will take less than two years, the project will generate electricity for Senegal over a period of 20 years. Lekela has a long-term commitment to the Taiba N’Diaye community and has developed a plan of socio-economic investments for the local people, estimated to contribute up to US$20m over the lifetime of the wind farm. Our programme focuses on activities to improve education, enterprise and the environment. There are currently 600 employees on the construction site, nearly 250 of which are from the Taiba N’Diaye community.