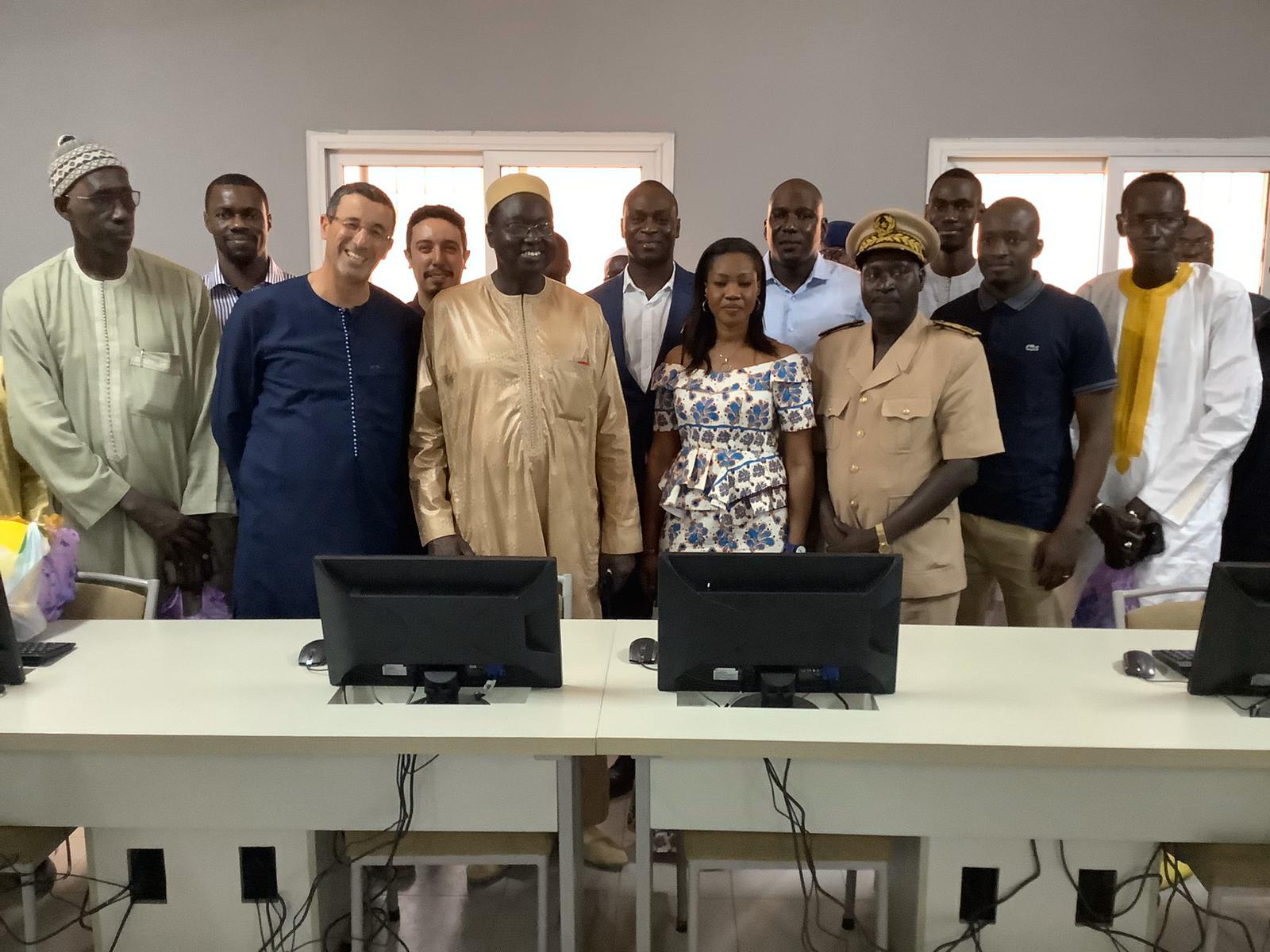 In February, Lekela and local officials held a ceremony to mark the opening of the computer centre at the local high school to Lekela’s Project Eolien Taiba N’Diaye (PETN) wind farm, in Senegal. The centre was funded and constructed as part of Lekela’s community investment programme for our 158MW PETN project. The ceremony was attended by Government officials and Ale Lo, Mayor of Taiba, and they were joined by local academic and religious leaders, local and national newspapers, and members of the public.

The computer centre, the first of its kind in Taiba, has 32 computers and a number of other pieces of I.T. equipment including a laptop, a photocopier and a server. The new building is also fitted with air conditioning and 24-hour surveillance.

The new centre will provide the resources needed for IT training to the students of Taiba N’Diaye High School for the first time. Each year, approximately 1,500 students will benefit from the new computer centre, which will help equip them with the skills they need in their future jobs.

Several programmes and training initiatives will be offered to the local students, including computer training to use office packages such as word and excel. This sits alongside the digital library and research programmes which will be available to the wider local population.

The computer centre forms just one part of Lekela’s community investment programme for PETN, which seeks to improve education, enterprise and the environment in the local community. So far, this programme has seen the construction of two marketplaces, in partnership with the local women’s association, which provide a safe place for local women people to trade their produce.