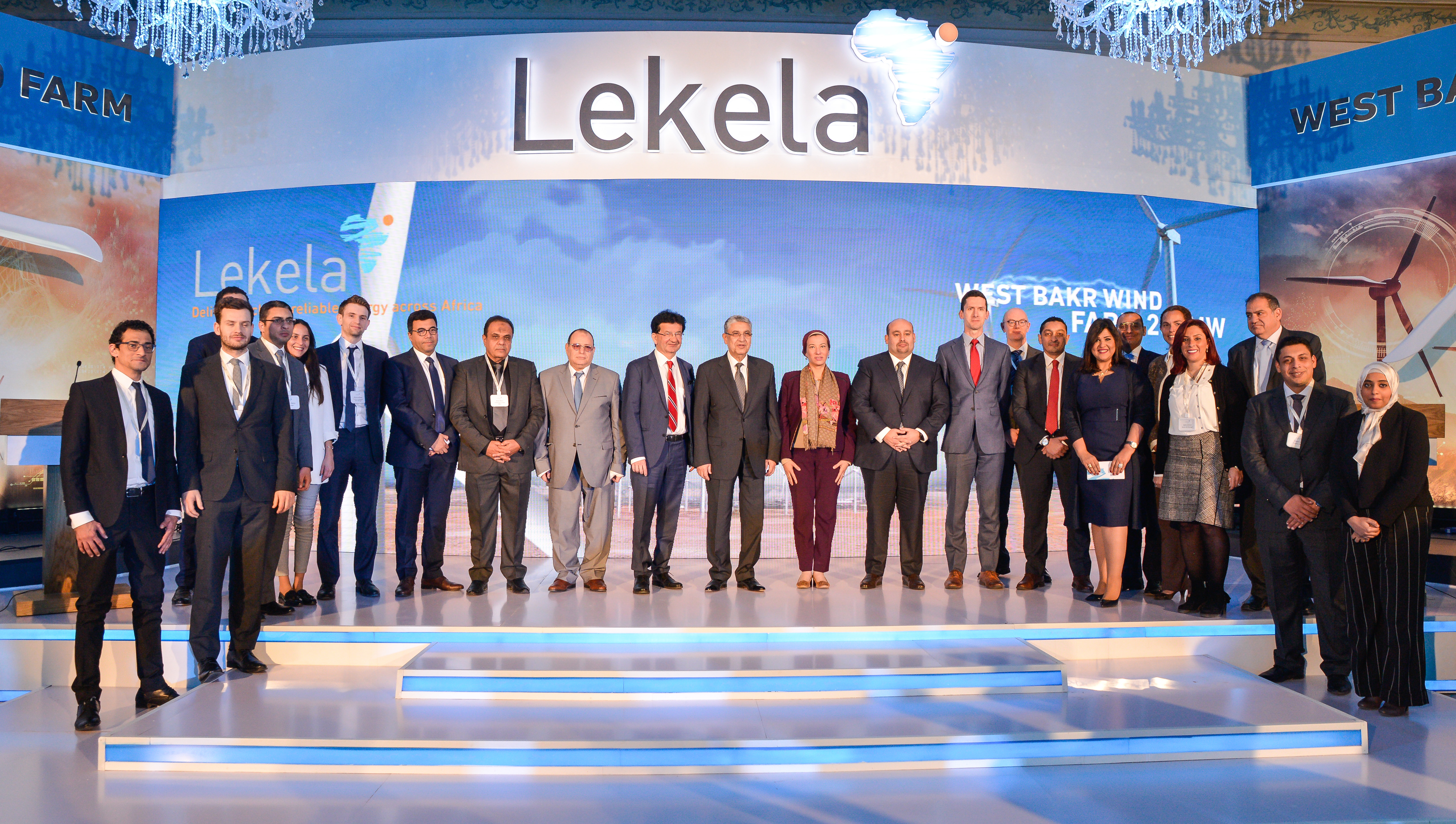 Lekela, the renewable power generation company that delivers utility-scale projects across Africa, today held a groundbreaking ceremony that marks the start of construction of its 250 MW West Bakr wind farm in Ras-Ghareb. The event was held at Cairo's new Administrative Capital and attended by Lekela's stakeholders and partners, including the Minister of Electricity and Renewable Energy, the Minister of Environment, the Minister of planning and Country Director at the British Embassy in Cairo; in addition to senior government officials from EETC and NREA.

Located 30 kilometers north-west of Ras Ghareb, West Bakr Wind is a part of the Government’s Build, Own, Operate (BOO) scheme. It will provide an additional 250 MW of clean energy to the grid, increasing Egypt’s wind energy capacity , as the country strives to meet its target of generating 20% of its electricity from renewable sources by 2022. The project will also reduce more than 550,000 tonnes of carbon dioxide emissions per year.

Chris Antonopoulos, Chief Executive Officer at Lekela said, “We are thrilled to announce that West Bakr Wind has now entered the construction phase. The project marks Lekela's first successful project implementation with the Egyptian Government and we are certainly looking forward to many more opportunities in the near future".

"As a long-term operator delivering sustainable, reliable and competitively priced power to communities, wind power is an important focus for Lekela, which also aligns with the United Nation's 2030 Agenda on sustainable energy ", Antonopoulos added.

Faisal Eissa, General Manager, Egypt, Lekela said: "We are looking forward to the construction phase with our partner Siemens Gamesa to deliver the project by the end of 2021. This is what we pledged for with the Egyptian government in February 2019 when we signed the PPA with the EETC".

"The project's financial close followed in August 2019 with a commitment to create shared value with local communities. We have recently met with the Ras Ghareb community where we discussed employment and training opportunities, to benefit the local community both economically and in terms of skills and knowledge", Eissa added.

West Bakr Wind is a key part of Lekela’s portfolio of wind projects across Senegal, Ghana and South Africa. In total, over 1,000MW are now in operation or construction.

The Power Purchase Agreement, Network Connection Contract with the Egyptian Electricity Transmission Company (EETC) and Usufruct Agreement with the New and Renewable Energy Authority were all signed in February and March 2019, shortly after the project received Cabinet approval. Financing has been provided by DFC (formerly OPIC), the US Government’s Development Finance Corporation, the International Finance Corporation (IFC), a member of the World Bank Group and the European Bank for Reconstruction and Development (EBRD). Siemens Gamesa Renewable Energy will install 96 of their SG 2.6-114 turbines through a turnkey EPC contract and will provide long term maintenance services through a 15-year Long Term Services Agreement.