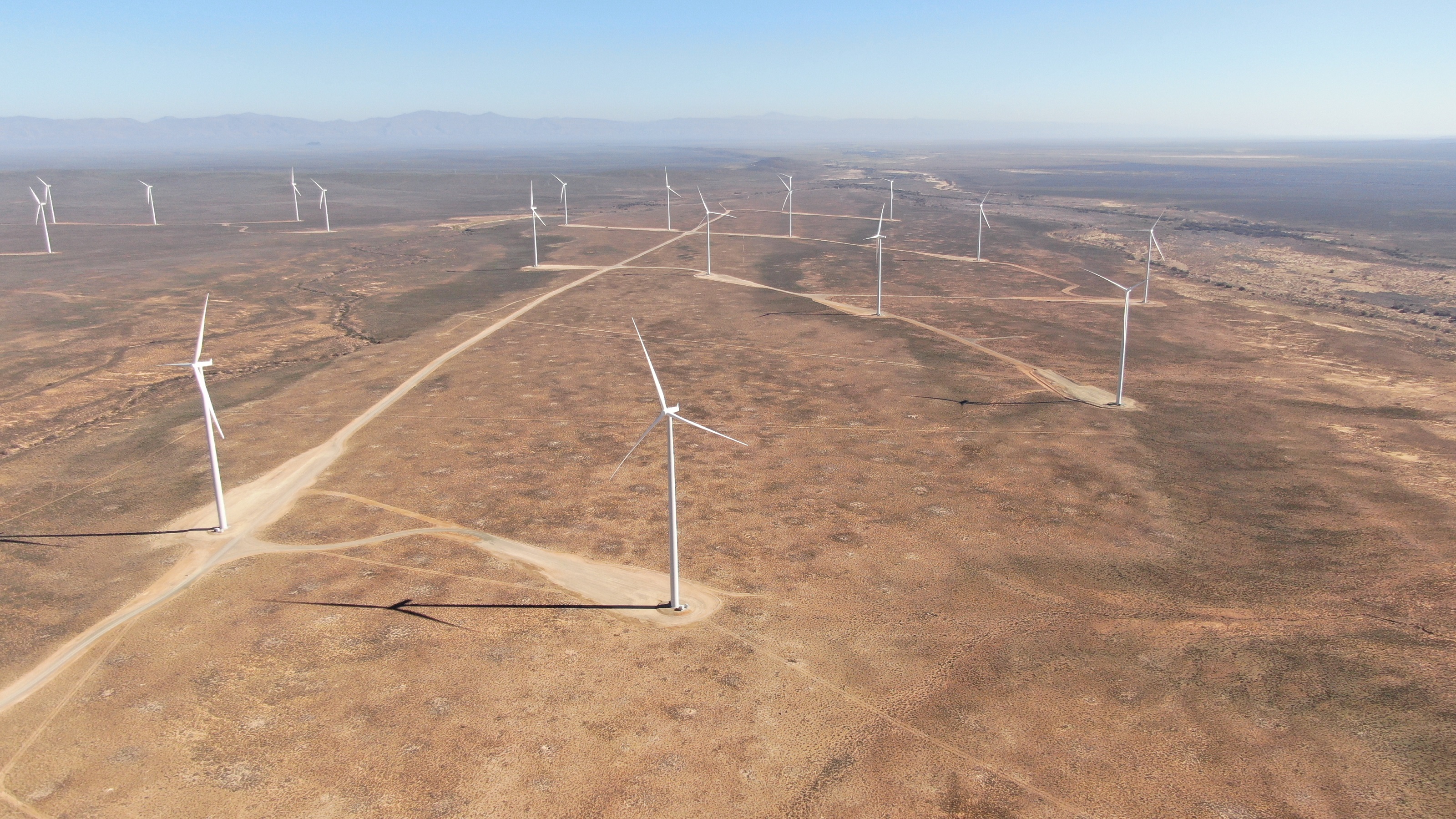 8th October, London – Lekela, the renewable power generation company that delivers utility-scale projects across Africa, has today announced that its Perdekraal East wind farm in South Africa has successfully reached commercial operations. This makes it the first wind farm from Round 4 of the Renewable Energy Independent Power Producers Procurement Programme to do so. Lekela’s first wind farm in South Africa, Noupoort, was likewise the first project from Round 3 to reach commercial operation, back in 2016.

Perdekraal East is situated within the Witzenberg Local Municipality in the Western Cape, less than two hours from Cape Town. Construction for the 110MW project began in 2018 and has been achieved with a high level of locally manufactured content, including wind turbine towers and two large high voltage transformers.

The project, which will use 48 Siemens SWT-2.3-108 turbines, will supply electricity to power up to 111,000 South African homes. The wind farm will provide approximately 360 GWh of energy each year, eliminating approximately 410,000 tonnes of carbon in comparison to traditional power plants.

The wind farm at Perdekraal East is the fourth in South Africa owned by Lekela-led consortia to become operational, with these wind farms producing a total of 470MW of power. A fifth project in the country, at Kangnas with a capacity of 140MW, is still under construction and is expected to be completed by the end of the year.

Chris Antonopoulos, Chief Executive Officer at Lekela said, “This is our fourth wind farm in South Africa in four years, with a fifth to follow shortly. This milestone cements Lekela as one of the leading providers of clean, renewable energy in the country.

“No other source of energy continues to develop as rapidly as renewables in terms of cost and scale, and it’s exciting to see that the Perdekraal East wind farm is now delivering power to South Africa’s grid.

“What’s more, the fact it has taken place despite the challenges posed by the pandemic serves to show the importance of our work in delivering clean, reliable power to African communities.”

Despite the challenges presented by coronavirus, Lekela’s overarching priority has been to support the health and safety of all employees, contractors and partners while continuing to provide clean, reliable power.

At the same time, Lekela has pivoted its community investment programmes in South Africa to help local communities in their response to the pandemic. Initiatives include supporting local enterprises during the pandemic, provision of PPE and ward equipment for Ceres Hospital, as well as food parcels for local families and hand-sanitiser for local farming communities.

Elsewhere in its wider portfolio of pan-African projects, Lekela has also recently been awarded a grant from the U.S. Trade and Development Agency to fund a feasibility study in partnership with Senelec for Senegal’s first grid-scale battery electric storage system. The study will focus on how to provide increased grid stability and integrate intermittent renewable energy into Senelec’s electricity grid. The battery will be located at Lekela’s 158.7MW Parc Eolien Taiba N’Diaye (PETN) project, which is itself the first utility-scale wind farm in Senegal.

Lekela is a renewable power generation company that delivers utility-scale projects which supply much-needed clean energy to communities across Africa.

Through a platform built to develop, own and operate wind and solar assets, Lekela draws from its team member’s extensive experience, and from its founder shareholders decades of proven energy heritage. Lekela has the skills and drive to progress projects from mid or late-stage development into long-term operation. As a result, Lekela delivers sustainable, reliable and competitively priced power to governments, utilities and large-scale industrial projects.

In South Africa, Lekela leads two investor consortia which own and operate five wind farms across the Northern and Western Capes.

Three of these were awarded under the REIPPP Round 3 program – Noupoort, Loeriesfontein 2 and Khobab – and are already in operation while two projects, Perdekraal East and Kangnas were awarded under the REIPPP Round 4 program – with the former now in operation and the latter set to finish construction this year. In total, Lekela’s wind farms will contribute 610MW of clean power to South Africa’s grid once all construction is finished.

Mainstream Asset Management South Africa (MAMSA), a subsidiary of Mainstream Renewable Power (MRP)provides construction and operation management for these five projects on behalf of Lekela and the other shareholders involved in the projects.