Lekela, the renewable power generation company that delivers utility-scale projects across Africa, today announced the appointment of Faisal Eissa as General Manager for Egypt. The appointment follows the initialling of a power purchase agreement (PPA) for a 250MW wind farm in the Gulf of Suez in December, part of Lekela’s plan to deliver long-term renewable energy to Egypt. 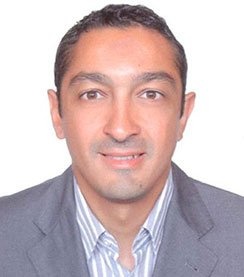 With over twenty years’ experience in the energy sector in Africa, the Middle East and Europe, Faisal has held many senior roles across the industry. Most recently, he was Founder, Partner and Chief Operations Officer of the renewable energy company, Solar Al Shams in Egypt. Prior to this, he spent seven years in roles at Egyptian energy firm, El-Sewedy Group where he was responsible for wind energy generation. Previously, he worked at Schneider Electric Egypt and Siemens.

Chris Antonopoulos, Chief Executive Officer of Lekela, said: “Faisal brings a wealth of experience to our Egyptian operations and we are pleased to welcome him. Not only does he bring extensive knowledge of renewable energy, but specifically the renewables industry in Egypt.”

“We continue to make good progress in Egypt, having initialled a power purchase agreement on our 250MW Gulf of Suez project in December. Faisal’s appointment cements our preparations as we move towards financial close and then construction. His knowledge and experience will be a great asset for our teams in South Africa, Senegal and Ghana as well, as we continue to build renewable generation across Africa.”

Faisal Eissa, said: “Lekela’s model was a key deciding factor for me. Its commitment to delivering sustainable and reliable power across Africa while creating long-term value in the communities it operates is a clear template for success. I am very much looking forward to working to grow Egypt’s renewable energy output, supporting the diversification of its country’s generation capacity.”

On December 6th, 2017, Lekela announced the initialling of key project documents including a power purchase agreement (PPA) with the Egyptian Electricity Transmission Company (EETC) and Egypt’s Minister of Energy. The initialling of these documents is a major milestone in Lekela’s development of a 250MW wind farm in the Gulf of Suez.

The project forms part of the Egyptian Government’s Build, Own, Operate (BOO) framework, and is situated approximately 30km North-West of Ras Ghareb. Extensive environmental and technical studies have already been carried out on the site, generating positive results. The next stage of the project, financial close followed by the start of construction, is expected to take place in 2018.

Lekela is a renewable power generation company. We deliver utility-scale projects that supply much-needed clean energy to communities across Africa.

Through a platform built to develop, own and operate wind and solar assets, Lekela draws from its team members extensive experience, and from its founder shareholders decades of proven energy heritage. Lekela has the skills and drive to progress projects from mid or late-stage development into long-term operation. As a result, Lekela delivers sustainable, reliable and competitively-priced power to governments, utilities and large-scale industrial projects.